We Are Not The Enemy 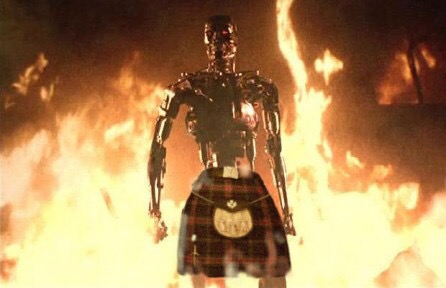 You may have noticed a change in Scotland recently and we know it makes you uncomfortable. What was once the underachieving, shouty but harmless little country at the cold end of Britain has become a vicious, destructive force of evil, intent on wreaking havoc on your traditions and tearing all you hold dear asunder. We are the greedy, grasping sweaty socks; ignorant, petty, vindictive and quick to attack those who disagree with our point of view. We are deluded, slavish nationalists; economically naive and easily led. We unjustly demand more of your hard-earned taxes to pay for our luxuries. We want to leave you defenceless in an uncertain world. We do not pay our way.

All of this is true, according to the British media.

The single most important factor which forms the opinions of the majority of us in the United Kingdom is what we see and hear in the media. It won the election for the Conservatives. It lost the election for Labour. It will decide how we vote on the EU.

Do you really want a handful of unelected men to decide you and your family’s future? How do you make an informed choice when all your sources say the same thing? 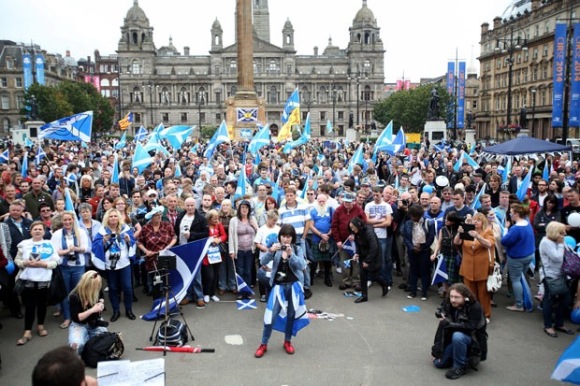 You can’t have failed to notice the press and television media went to town on the SNP and Scots prior to the General Election. Unlike the referendum debate these scares, smears and dirty tricks weren’t just for benefit of the people of Scotland; they were aimed at you too. You were regaled with tales of abusive cybernats  and conveniently left in the dark over the antics of abusive Britnats. You were told Nicola Sturgeon is the Most Dangerous Woman in Britain. You have been subjected to a racist viewpoint of our culture which isn’t even thinly veiled and which sought and still seeks to divide us.

We were subjected to all this too yet despite the scaremongering, misinformation, hatred and vilification we democratically elected 56 SNP MPs out of a possible 59, leaving the London parties with less than a handful of representatives. This did not happen because we are all rabid nationalists seeking independence at any cost, it happened because we have an advantage over you:

We know the press lie. We know the BBC lie. We do not trust or believe what they say. We have found or developed our own sources of information and we share it with each other.

You see we’ve been through all this before. We saw it first hand during the referendum and despite the weight of the establishment ranged against us we very nearly won. Our alternative media has grown since then and continues to grow. The change in the Scottish political landscape is not a protest, it is a shift to a new reality which shows no sign of abating and it is due to knowledge. We have news outlets independent of established media, bloggers and social media users who find and disseminate information contrary to what the press tell us. You need that too.

Maybe, just maybe, your time is coming. The EU referendum could be the catalyst which awakens many of you to the deceit of the media. This time they will not all be singing from the same hymn sheet. You will be treated to exposes on the excesses of the European Union, you will be given extreme examples of wastefulness, corruption and petty bureaucracy . Immigration will feature heavily. You can choose to believe everything they tell you or you can seek the truth. 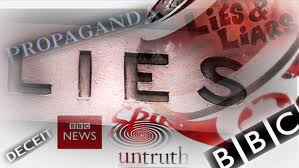 England needs a Derek Bateman. a Newsshaft, a Newsnet, a Bella Caledonia. You need a Wings Over England. Are any of you willing to step up and offer an alternative? Are you willing to support those who do?  Are you happy to accept what they want you to know and not what you need to know?

We are not the enemy.

Politicians and the vested interests who control the media in the United Kingdom fear an informed populace.

Make them fear you. Be the media.

28 thoughts on “We Are Not The Enemy”